So we arrived in Boca Chica a bit battered and tired. We were met by Rigo, the dock master at Marina Zar Par, who (of course) had a brother who moonlighted as a taxi driver and it wasn’t long before Eddy the taxi driver had us seated in his favourite Italian restaurant in Boca Chica.

Boca Chica is a tourist town by DR standards. The beachfront is lined with bars and the street running behind it is lined with souvenir shops (as well as more than its fair share of massage parlours). At night, the street is closed and a long row of restaurants sets up tables on the roadway.

The Cruising Guide mentions in passing that BC is “VERY WELL KNOWN for the availability of the opposite sex if you want to party. Be careful!”

Throughout dinner, diners and hookers strolled down the middle of the road between the tightly packed tables, the hookers casually dragging their fingertips across our boys’ shoulders and winking lasciviously at me, the girl with four blokes.

Daylight was a wholly different scene – at least on Easter Sunday. The beach, such as it is, is sheltered by an island and natural reef that form a large lagoon: the marina and port fit inside it, and dozens of pimped up cabin cruisers with monster outboards anchor off, where the adults stand waist deep in the water and use the boats’ swim platforms as wet bars. (An excellent, but under-utilised approach in Australia!). 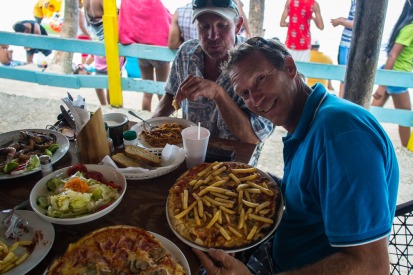 Pizza with potato. What did you expect?

Mick taking on the locals

The narrow beach was crammed with families soaking in the sea or sitting in the shade of the palm trees, eating and shouting over the music. A constant stream of hawkers plied the strip selling a strange assortment of goods, from trays of toffee cherries that looked like miniature toffee apples, to carved wooden tea sets…What the ??

We spent the afternoon sitting in a shady bar watching proceedings and soaking up rum punches. Everyone was in a holiday mood, which meant they were even more social than usual – we’ve found people to be very friendly and inclusive – and being able to speak and have a bit of a joke in Spanish makes a big difference. 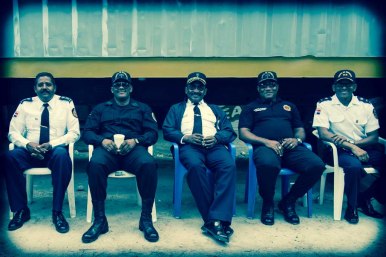 Late in the day… 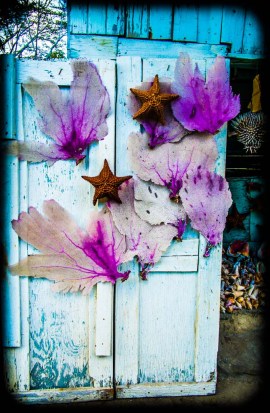 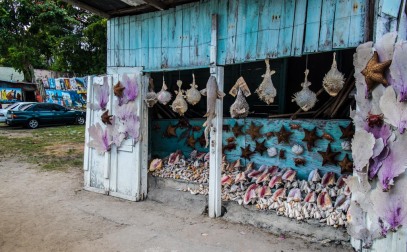 Easter, or Semana Santa (literally, Saints’ Week) is the biggest holiday of the year here and the revellers were still making the most of it as we walked home along the beach.

And the music played LOUD well into the night.