Installing the new batteries entailed pulling the boat to pieces (again). Since there wasn’t much I could do by way of contribution – and there was nowhere to sit – I jumped ship and went and played with Irene and Lionel on Kiapa for Musket Cove Regatta Week.

They’d volunteered to run the Coconut Olympics. Irene and I teamed up for the Hobie Cat races and Kiapa (crewed by Lionel, Irene, Craig from Salty, and me) came second in the Round the Island Race. Oh, and then there was Pirate’s Day, sailing (and playing) aboard Tiger Lily III with Rob and Pete… 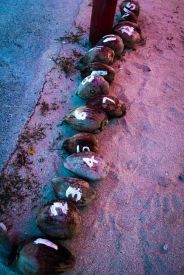 The Coconuts – batons for all teams

Start of the swim…First toss your coconut 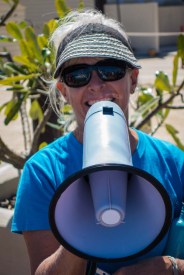 Sink the coconut in the bucket… 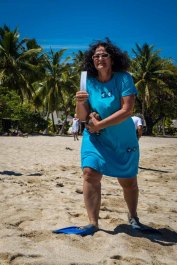 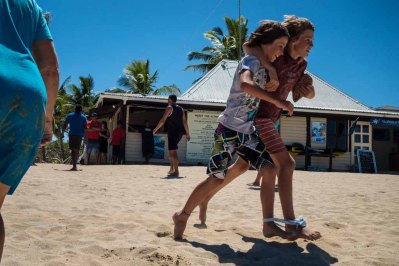 …and young at heart!

The Musket Cove crew who make it all happen

Irene and me at the Hobie start 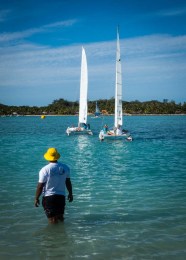 Irene and me coming in to the finish 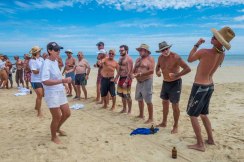 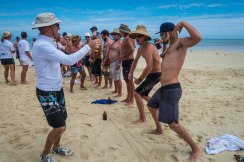 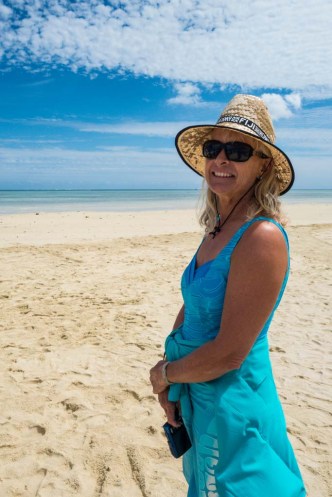 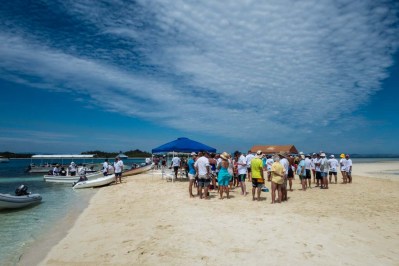 Bella and Jack – winners of the Hobie regatta 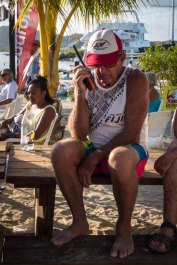 We started well back… 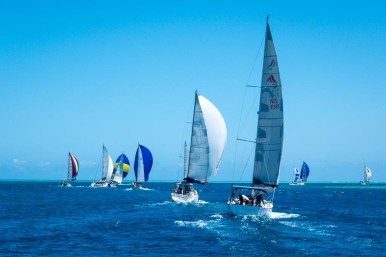 Getting some speed on Kiapa on the homeward leg!

Triumphant crew, with Irene,Va, Lionel, Save, Craig and Kerry 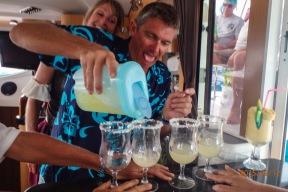 The Girls on kitchen karaoke 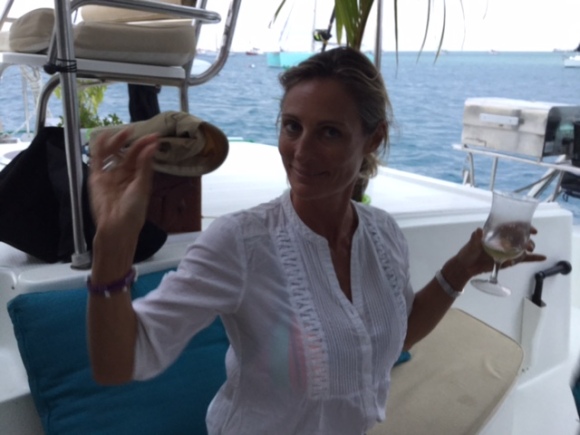